We are now in a difficult time for Am Israel. We are in the midst of two crises simultaneously: on one hand a health crisis which threatens the lives of many people, and on the other hand a prolonged leadership crisis. Coping with crises is not new for us; Am Israel endured many crises over its long history, some of them beyond the capacity of human endurance.

In this article we will look at the precedent of Rabban Yochanan Ben Zakkai, one of the outstanding leaders who stood for us during one of our nation's most difficult periods. Rabban Yochanan Ben Zakkai was forced to confront one of the most severe crises of all time, the destruction of the Second Temple. The destruction was accompanied by ferocious and bloody internal wars, by widespread death and by the loss of the nation's center of Torah and spirituality.

At this terrible hour, we meet Rabban Yochanan Ben Zakkai, who manages to get beyond the walls of besieged Jerusalem and meet with Vespasian, the Roman leader. Then Gemara in Gittin (56a) relates the dialog between Rabban Yochanan and Vespasian. At the end of the encounter, Rabban Yochanan is granted the right to request from Vespasian whatever he desires.

The Gemara describes this as follows:

He (Vespasian) said to him: Ask something from me that I will give you. He (Rabban Yochanan Ben Zakkai) said to him: Give me Yavneh and its sages (Rashi: that you will not destroy Yavneh and kill its sages), and the offspring of Rabban Gamliel, (Rashi: the family of the Nasi, do not kill them, in order that the dynasty of the House of David will not be wiped out), and medical care for Rabbi Tzadok (Rashi: give me doctors  from your men who will treat Rabbi Tzadok, who was unable to swallow food, because his innards had shrunk because of his fasting).

Therefore these are the three requests made by Rabban Yochanan Ben Zakkai: Yavneh and its sages, the offspring of Rabban Gamliel and medical care for Rabbi Tzadok. The question we must ask ourselves is: what can we learn from these three requests, and is relevant to our times and to the way we are coping with the challenges we face?

A close look at the big picture reveals that these three requests relate to three levels of leadership in Am Israel. Chazal define three centers of Jewish national leadership, which they call the "three crowns." The Mishna in the fourth chapter of Masechet Avot teaches us: 'There are three crowns: The crown of the Kehuna, the crown of royalty, and the crown of Torah. These three institutions: the Kohanim, the king and the Sanhedrin, together create the ideal structure of leadership for Israel. Political leadership, leadership in Jewish law, and leadership over Beit HaMikdash and (by extension) all the facets of holy service.

In the face of the imminent destruction, Rabban Yochanan Ben Zakkai took steps to ensure the rebuilding of Israel's leadership. He knew that the only way to maintain the nation's existence was through the survival of these three crowns, even if their preservation was only partial.

The nation's political leadership at that time was delegated to the institution of the Nesiut (from the word Nasi), which was based on the progeny of Beit David. Therefore Rabban Yochanan added the request for the family of Rabban Gamliel. This way the crown (dynasty) of Israel's kingdom could continue to exist after the destruction.

The third request: 'A doctor who will care for Rabbi Tzadok' evidently is intended for the crown of the Kehunah.

Besides the fact that 'Tzadok' is a common name in the family of the Kohanim, one of the central duties of Kohanim is to sacrifice the nation's offerings. Together with the sacrifice came also the prayer, which the Kohen participated in.1 [The blood flowing from the sacrifice is connected with the soul flowing in prayer]. This is explicit in Tehillim as well (99:6): "Moshe and Aharon in their Kehuna, and Shmuel in the calling of His name, call on G-d and He will answer them." Moshe and Aharon the Kohanim (and with them Shmuel, who, according to the Zohar, also served in Kehuna), call on G-d and He will answer them.


It is not insignificant that the crown of the Kehuna is alluded to by the Zer (crown) which surrounds the incense altar, which is connected with the acceptance of our prayers – "Let my prayer stand before You like incense, and the raising of my hands like the evening offering. (Tehillim 141:2)

In addition to gaining a collective understanding of the three requests, we can learn valuable life lessons by examining each one of them in its own light.


1. This is apparently the explanation for what Eli the Kohen did regarding Hannah when he 'observed her mouth' in prayer (Shmuel A 1:12). Eli also wanted to participate in Hannah's Tefillah, which spoke from her heart.


Yavneh and its Sages

In the request "Yavneh and its Sages", Rabban Yochanan Ben Zakkai suffices with a world of Torah which is small in comparison to that which was in Yerushalayim. The Chafetz Chaim (in his book on the Aggadot of the Shas) learned from this a great lesson for the generations:

Here we learned that when a man sees that the general populace does not heed his words to return to the right path, he should at least go to one place and gather students and learn Torah with them and set up a place for proper prayer, and perform all the Mitzvot of the Torah. And so it is in our days: each and every man whose heart has been touched by the fear of G-d, and the honor of G-d and His Torah are treasured in his eyes, and he cannot return everyone he knows to the


proper path, then he should at least designate himself a place and learn Torah with the students who heed his words and inspire them to perform His Mitzvot. And his heart should not fall and say: what will come from these few students? Will G-d's honor be elevated by this? He should not say this… because in the end this few will multiply and multiply, and wisdom will increase until the crown will return to its original glory.

In the beginning Yavneh had only a few sages 2, but the persistence of the few paid off, and eventually grew in quantity and quality.

Therefore we learned that even at a time when yeshivot close down for reasons beyond their control, one must not underestimate the value of private and limited Torah learning at home. Even a seemingly low-key effort built on the proper foundations will, G-d willing, give great fruit in the future.


The Offspring of Rabban Gamliel

We could see Rabban Yochanan Ben Zakkai's request to preserve the descendents of Rabban Gamliel solely as an effort to insure the survival of the dynasty of Beit David. But in all probability, the request emanated from a deep understanding of the soul and the needs of the nation.  In his book 'Dorot Rishonim', this is the way Rabbi Yitzchak Izak Halevy3 interpreted Rabban Yochanan's action:

Rabban Yochanan, in spite of his being the leading and eldest of the sages of the generation, did not ask for the crown of Nesiut for himself, but rather for the younger Rabban Gamliel, out of the knowledge that only this family would be accepted by all parts of the nation, and will be able to return the Sanhedrin to its former prestige. In those days of confusion and destruction, Rabban Yochanan establishes a fortified hill, from which the Torah will emanate and by virtue of which Am Israel will again be a unified nation, befitting its destiny as the Nation of G-d.

Forbearance from seeking authority and personal honor, and the understanding that the nation's unity is absolutely necessary for its success, are what stood before Rabban Yochanan's pure eyes when he made his second request – "the offspring of Rabban Gamliel."

3. Rabbi Yitzchak Izak Halevy was born in ה'תר"ח (1847) and died in ה'תרע"ד (1914). He was a great Talmid Chacham [who studied in Volozhen under the 'Beit HaLevi'] and an outstanding historian. His book 'Dorot HaRishonim' (First Generations) contradicts in detail the historians of his generation, who attempted to minimize the image of Jewish sages and Jewish faith.


A Doctor for Rabbi Tzadok

As mentioned, Rabbi Tzadok fasted profusely in an effort to avert the destruction. Admittedly, his fasts didn't achieve the prevention of the decree of the destruction and the suffering that came with it, but evidently Rabban Yochanan saw the partial, limited salvation (of Yavneh and its sages) as the result of those prayers.

Rabbi Tzadok and Rabban Yochanan Ben Zakkai followed the example of Shmuel HaNavi, in his words to the nation in his final days (Shmuel A 12:19-23):

And all the nation said to Shmuel, pray to the Lord your G-d on behalf of your servants and we will not die, as we added evil to our sins by requesting a king for ourselves. And Shmuel said to the nation: Do not fear. You have done all this evil, only do not stray from following G-d, and you shall serve G-d with all your hearts… And as for myself: may it be far from me to sin before G-d by neglecting to pray on your behalf. And I will teach you the good and the straight path.

And our sages learned from Shmuel's words "may it be far from me to sin before G-d by neglecting to pray on your behalf" in the Gemara (Masechet Brachot 12b):


And Rabbi Hanina Saba said in the name of Rav:  Anyone who can ask for mercy on his fellow man and doesn't ask – is called a sinner. As it is written: And as for myself: may it be far from me to sin before G-d by neglecting to pray on your behalf. Rava said: If he (the one who requires mercy) is a Talmid Chacham, he has to pray for him beyond the limits of his strength (literally: until he makes himself sick).

We too must aspire to walk in the footsteps of the giants of our nation, and dedicate our hearts to prayers for the salvation of our brethren.

The strengthening of our world of Torah specifically at times like this, together with the aspiration for national unity and the dedication of the soul to Prayer before G-d, these are the very things which are required from us at this time.

May it be desired by our Father in Heaven that we will merit to be delivered quickly, and together see all our brethren Beit Israel celebrate the return of the Divine Presence to Zion. 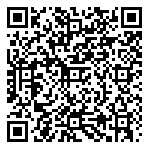