“Bnei Yisrael were in the desert, and they found a man gathering branches on the Shabbat day” (Bamidbar 15:32). According to the midrash (Yalkut Shimoni, Parshat Emor), the story of the mekoshesh etzim took place at the same time as the story of the megadef, which is described in Parshat Emor. Why, then, weren’t these stories recorded together, or even in the same Chumash? We can understand this by exploring the fundamental difference between Sefer Vayikra and Sefer Bamidbar.

Sefer Vayikra is called “Torat Kohanim,” as the majority of its contents relate to the korbanot and the topic of kedusha. Even the other elements that are mentioned in the sefer are presented from the perspective of kedusha; thus, the mitzvot of shemita and yovel relate to the kedusha of the Land, and the laws of eved Ivri are framed in the context of the kedusha of the Jewish People (“for they are My slaves, and not slaves of slaves”). In contrast, although Sefer Bamidbar also discusses korbanot, the commands are issued to Bnei Yisrael as a whole, and not to the kohanim. All the laws relating to the Mikdash, such as sota and nazir, are similarly presented to all of Yisrael.

This distinction is reflected in the difference between the consecration of the kohanim in Sefer Vayikra, through which they were designated for the avoda in the Mikdash, and the consecration of the levi’im in Sefer Bamidbar, through which they were designated to protect the Mishkan and assist in the avoda as representatives of Bnei Yisrael. Furthermore, the levi’im were “purified,” whereas the kohanim were “sanctified,” and the parsha of the para aduma in Sefer Bamidbar emphasizes tahara, not kedusha.

The main focus of Sefer Bamidbar is the kedusha of the machaneh, as opposed to the kedusha of the Mikdash, which is emphasized in Sefer Vayikra. The goal of Am Yisrael was to conquer Eretz Yisrael in order to establish a “kingdom of priests and a holy nation,” and the preparation for that goal included two stages: the service of Hashem in the Mikdash and all that it entailed, as well as laying the groundwork of daily life built on the foundation of kedusha.

The chet hameraglim was a failure that reflected a lack of faith.  Even after the people had witnessed all of the miracles in the desert, they did not believe that Hashem’s providence would accompany them in natural life, the way of life that they would encounter in the Land.  Even the mitzva of conquering Eretz Yisrael entails involvement in the physical world, which leads man to forget the spiritual perspective.

The root of their sin is actually the sin of Adam HaRishon, who was drawn in by the physical perspective and who disconnected himself from his spiritual stature. This sin appears throughout history in various forms, which explains the parallel between the expulsion from Gan Eden and the galut from Eretz Yisrael. Although Noach sustained the entire world, the fact that his first act after the flood was the planting of a vineyard to fulfill his desires is considered sinful, containing within it an element of Adam’s sin. The sin of the ten tribes is similarly compared to Adam’s sin. The inclination towards involvement in the physical world turns man away from the spiritual perspective, from the concept of kedusha.

The sin of the mekoshesh etzim was not rooted in desire, but rather from forgetting the sanctity of Shabbat. The Yalkut cites the Tanna DeVei Eliyahu, which recounts that Moshe attempted to defend the mekoshesh on the grounds that he was not wearing tefillin, as it was Shabbat, and it was due to this that Hashem commanded the mitzva of tzitzit, which also applies on Shabbat. Wearing tefillin creates an awareness of kedusha; the mekoshesh failed to comprehend the concept of sanctity, and that is what lead him to sin. It was the failure to recognize the kedusha of the machaneh that led to the violation of Shabbat. As Chazal teach, had they observed even one Shabbat properly, the nations of the world would have had no control over them.

The root of the sin of the megadef was different. According to one explanation of Chazal, the megadef mocked the lechem hapanim.  Why was it specifically this mitzva that led him to mock the mitzvot? The Rambam writes in Moreh Nevuchim that he does not know the reason for this mitzva.  Why is this mitzva so different from all the other avodat haMikdash, for which the Rambam does provide reasons? It is recorded that the Arizal similarly wished to understand the secret of the lecham hapanim. What is so special about this particular mitzva?

In our zemirot on Shabbat, we sing in the zemer written by the Ibn Ezra:  “It is recorded in God’s laws, a statute to His officers, to arrange bread on it [Shabbat]… Therefore, to fast on it a fast established by His wise ones is forbidden” (Rasham bedat haKel…). Based on this, there is a connection between the mitzva of oneg Shabbat and the lechem hapanim.

According to basic human understanding, kedusha reflects something separate from man. “Kadosh” always implies some sort of prohibition, something that is prevented from use.  Man’s enjoyment is perceived as a lowering of one’s stature. Shabbat unites within it both kedusha, the forbidden, and bracha, the ability to enjoy the world. There is oneg that is rooted in kedusha, and that is reflected in the oneg of Shabbat, which is entirely spiritual in nature. For this reason, Shabbat was given only to Bnei Yisrael, its “spouse.” The nations of the world mock the Shabbat because of their inability to comprehend this concept. It is forbidden to fast on Shabbat because a fast – whether it is rooted in the goal of causing oneself to suffer as atonement or whether it is rooted in the goal of self-purification – is based on a physical orientation, which distances man from a spiritual perspective.  (Yom Kippur is different, as it is reflective of the state of Olam HaBa, in which there is no food or drink. It is therefore not relevant to this discussion.) The mitzva of oneg Shabbat is based on the recognition that all of the bracha in the world is rooted in kedusha.

All of the sacrifices that are considered “avodot hapnim” – the blood of which is brought into the heichal or the Kodesh HaKodashim – are burned entirely, as their meat is forbidden from human consumption. The only exception is the lechem hapanim, which is brought into the kodesh but is nevertheless eaten. This is the deeper meaning of the mitzva of eating on Shabbat. This further explains the kabbalistic practice of having 12 challot on Shabbat, connecting between the lechem hapanim and the Shabbat meal.

The Rambam expressed the difficulty in providing a reason for the lechem hapanim because korbanot are generally the manner in which man expresses avodat Hashem through actions that lead him to the proper understanding, and the avodot hapnim are intended to create within him feelings of awe towards the Mikdash and what it represents. The lechem hapanim does not fit into this model.

Indeed, only one who believes in kedushat Yisrael can possibly comprehend the idea reflected in the lechem hapanim. It was for this reason that the megadef, whose father was not a Jew, was unable to understand how the enjoyment of the body could possibly be rooted in spiritual pleasure.  This mitzva therefore lead him to mock the mitzvot, and thus to his ultimate punishment.

Both the megadef and the mekoshesh sinned with regard to Shabbat, but there was an essential difference between their sins. The megadef did not understand the concept of kedusha properly, and he therefore could not comprehend how there could be any place for eating in the Mikdash. The sin of mocking kedusha belongs in the sefer that discusses the concept of kedusha. The mekoshesh, in contrast, sinned in forgetting his stature and removing himself from the kedusha of the camp. His sin belongs in the sefer that discusses the proper behavior of the machaneh Yisrael. 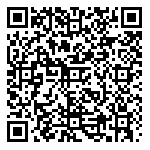