You Gave Precedence to Your Mouth Over Your Ears

Chazal viewed Rut’s words to Na’ami – “עמך עמי ואלוקיך אלוקי” – as acceptance of geirut, explaining that Na’ami’s attempts to push away her daughters-in-law reflected the appropriate approach to dealing with one who wishes to convert.

However, upon studying the pesukim, the concept of geirut through acceptance of the mitzvot and joining the nation of believers is not particularly pronounced. Even in noting Rut’s remarkable behavior, Boaz emphasizes her great chesed. In his encounter with Rut on the threshing-floor, Boaz describes her willingness to marry him as a chesed “with those alive and those dead” (hinting to the secret of yibum and geula). Only in passing does he mention that Rut “came for protection under His wing,” hinting to the fact that she joined the nation of ovdei Hashem.

It is also important to note the essential difference between the words of Na’ami to her daughters-in-law at the beginning of their conversation and at the end. Na’ami begins, “Return each woman to the house of her mother… Hashem should bless you that you shall find rest, each woman in the house of her husband” – in other words, go home and find a new shidduch! When Rut and Orpa nevertheless insist on following Na’ami, she stresses that there is no practical point in doing so: “Are there any more sons in my womb?” However, once Orpa indeed turns back, Na’ami’s approach changes: “Behold, your sister-in-law has returned to her nation and to her gods; return after your sister-in-law.” There are two levels in this conversation – the personal, familial level and what lies behind it.

This account brings us back with amazing precision (although in reverse) to the ancestor of Rut and Orpa – Lot, who separated from Avraham as a result of arguments over property. In parting ways, “Lot travelled from Kedem” – as Chazal explain, he said, “I cannot tolerate Avraham and his God.” These two separations sealed his fate forever: “An Amoni and a Moavi shall not come into the congregation of Hashem.” This is reflected in Chazal’s interpretation of the pasuk, “לתאווה יבקש נפרד בכל תושיה יתגלע” – this refers to Lot, who separated from Avraham, and because of his desires, the Torah separated him from Avraham’s descendents forever. Rut, who steadfastly clung to Na’ami, was just the opposite, and about her Chazal stated that the pasuk refers to “a male of Moav (Moavi), but not a female Moavi (Moavit).”

The gemara in Shabbat (88a-b) recounts the following story:

There was a certain heretic who saw Rava engrossed in his studies while the finger[s] of his hand were under his feet, and he ground them down, so that his fingers spurted blood. “You rash people,” he exclaimed, “who gave precedence to your mouth over your ears (kadmitu pomaychu l’odnaychu); you still persist in your rashness! First you should have listened, and if within your powers, accept; if not, you should not have accepted!” He said him, “We who walked in integrity (desaginan beshleimuta), of us it is written, ‘The integrity of the upright shall guide them.’  But of others, who walked in perversity, it is written, ‘but the perverseness of the treacherous shall destroy them.’

On the words “desaginan beshleimuta,” Rashi writes: “We walked with Him with innocence, like those who act out of love, and we relied on Him that He would not mislead us [and command us] with something that we could not bear.”

The formation of the brit with the Avot – which eventually led to the creation of Am Yisrael and the brit of the Torah and the Land for eternity – was a result of the temimut of Avraham, who trusted in Hashem even when that promise did not appear at all logical. Bitachon and emuna are only one level of the perfection of the character and actions of the believer, but they are the basic condition enabling acceptance of the Torah and the fulfillment of the brit with Hashem. Lot joined Avraham for the entire journey, but his desires prevented him from accepting emuna completely. Although he learned from Avraham how to demonstrate hospitality with great mesirut nefesh, he left the brit of Avraham and was distanced completely from any connection with the Torah and the people of Hashem.

Rut and Orpa were both willing to continue their connection to Na’ami’s family, something that demanded great spiritual strength and inclination to chesed. However, at the crossroads – when the value of chesed came up against the utter impossibility of hope for the future – Orpa followed the tradition of her ancestor. She searched for the practical end, even if that meant distancing herself from the world represented by Na’ami: “Behold, your sister-in-law has returned to her nation and to her gods.” In contrast, Rut followed through with the value of chesed, divorcing herself from the perspective of what was worthwhile and instead choosing the perspective of truth. As a result, she is worthy of continuing on the path of faith and of being included in the nation that accepts the Torah with temimut and emuna: “For in this shall the praised one be praised – through understanding and knowing Me, for I am Hashem, who does chesed, justice, and righteousness in the land, for these I desire, says Hashem.”

This path of emuna, which constitutes the path to recognizes Hashem and accepting His Torah, also appears as the means for attaining Eretz Yisrael and the future geula:

When Rabbi Zeira went up to Eretz Yisrael and could not find a ferry whereby to cross [a certain river], he grasped a rope bridge and crossed. Thereupon a certain Tzeduki sneered at him: “Hasty people, who put your mouths before your ears (dekadmitu pomaychu le’odnaychu)! You still cling to your hastiness.” He replied, “The spot that Moshe and Aharon were not worthy [of entering], who could assure me that I should be worthy [of entering]?” (Ketuvot 112a)

This is precisely the same language as we find in the story in Shabbat. Klal Yisrael maintain the approach of “kadmitu pomaychu le’odnaychu” when it comes to both Torah and Eretz Yisrael. As Chazal interpret the pasuk, “תשורי מראש אמנה” – “The exiles will be redeemed only as reward for אמונה” (Tanchuma, Beshalach 10).

The job of a ben Torah in our day is to dedicate himself to learning Torah, to strengthen himself to believe completely and with temimut, and to constantly place na’aseh before nishma. 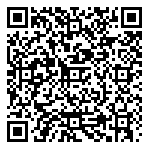