The Haftorah for Shabbat Shekalim tells of Yehoash, King of Yehuda, and of his efforts to refurbish the Beit Hamikdash through Bnei Yisrael's donation of the shekalim. Unfortunately, many do not remember the unique story of Yehoash and his efforts on behalf of the Beit Hamikdash. Let us summarize the pesukim in Melachim II ch. 9-12 and Divrei Hayamim II ch. 22-24, as well as the relevant statements of Chazal regarding the personality of Yehoash.

Omri, King of Yisrael, had a well-known son, Achav, who was led to wickedness by his wife, Izevel. Omri also had a wicked daughter, Atalya, who married Yehoram, King of Yehuda. Omri's two grandchildren, Yoram (the son of Achav and Izevel), King of Yisrael, and Achazya (the son of Yehoram and Atalya), King of Yehuda, also followed in the wicked path of the house of Achav. Therefore, Elisha the Prophet anointed Yehu ben Yehoshafat as king of Yisrael in order the destroy this wicked family. Yehu killed Yoram, King of Yisrael, and his mother, Izevel, and then the seventy sons of Achav. He completed the purification of the kingdom of Yisrael by killing all of the false prophets of the Ba'al. Yehu continued to purify the kingdom of Yehuda, as well, and killed King Achazya and all of his brothers (the sons of Yehoram and Atalya). However, unlike his approach to the kingdom of Yisrael, in which he killed the wicked Queen Izevel and seized the throne for himself, in Yehuda he left alive Atalya, the daughter of Omri and wife of Yehoram.

When Atalya saw that her son, King Achazya, was killed, she killed the rest of the royal house, disposing of all contenders to the throne, and ruled herself over Yehuda for six years. Had her plans been realized, the Davidic dynasty would have been destroyed. However, one son of Yehoram from his wife Tzivia remained alive - Yehoash. The Gemara says, "Had Evyatar (son of Ahimelech) not remained [when Shaul killed Nov, the city of priests], there would have been no descendants of David left." (Sanhedrin 95b) This means that David's dynasty was jeopardized in part because of David's role in the destruction of Nov, as David said, "I am responsible for every life of your [Evyatar's] father's house." (Shmuel I 22:22) Only because there Evyatar escaped from Nov, Yehoash remained here.

The story of Yehoash's survival is connected to one of Yehoram's daughters. It seems that Atalya killed only the sons of Yehoram, who could have posed a threat to the throne. The daughters were spared, and one of them, Yehosheva (the daughter of Yehoram from another wife) was able to save one of her nephews, Yehoash. She hid Yehoash for six years in the "chadar hamitot" (bed chamber), and in the seventh year he assumed the throne, as our Haftorah begins, "Yehoash was seven years old when he became king." (Melachim II 12:1) Yehosheva's husband was Yehoyada the Kohen, whose name appears in the Haftorah. Yehoyada organized the great covenant between Bnei Yisrael and Hashem, and directed the killing of Atalya and coronation of Yehoash.

However, toward the end of his life, Yehoash performed an about-face. He degraded the Beit Hamikdash and made himself into a deity. Chazal comment:

"They bowed down to the king." (Divrei Hayamim II 24:17) [His servants] said to him: You are a god. Had you not been a god, you could not have lasted for six years in the Kodesh Hakodashim. If you were not a god you would not be alive. At that moment, he accepted their remarks."

As a result of this haughtiness, the trait of hakarat hatov turned into a lack of appreciation of good. The prophets rebuked Yehoash, and he killed the prophet Zecharia, son of Yehoyada, his benefactor. "Thus King Yehoash did not remember the kindness that his father Yehoyada had done for him, and he killed his son. And as [Zecharia] was dying he said: May G-d see this and seek redress." (Divrei Hayamim II 24:22) The Gemara in Gittin tells us of the eventual revenge for the murder of Zecharia. At the time of the destruction of the Beit Hamikdash, Nevuzaradan, the Babylonian executioner, killed thousands until the prophet's blood stopped boiling. Chazal comment: Yehoash was an ingrate, as it says, "Yehoash did not remember." (Mechilta Beshalach 5:1) 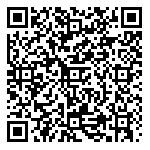