Haftarah: "They Desecrated My Holy Name"

Mahari Kra adds: "If He had the ability to help them – they would not have departed their land ... but His strength had waned." This is also what Moshe argued in defense of Am Yisrael after the sin of the spies: "If You kill this people like a single man – then the nations that heard of Your Fame will say, because Hashem lacked the ability to bring this people to the land that He had sworn to give them, He slaughtered them in the wilderness." (Bamidbar 14:15-16)[1]

However, Yechezkel's words stand in apparent contradiction to a central theme of sanctifying Hashem's name that emerges from several explicit verses and statements of the Rishonim and Acharonim. When Aharon's sons died it says: "Moshe said to Aharon: Of this did Hashem speak, saying: 'I will be sanctified through those who are nearest to Me, thus I will be gloried before the entire people.'" (Vayikra 10:3) The Gemara writes: "When Aharon's sons died, [Moshe] said to him: 'Aharon, my brother, your sons died only to sanctify Hashem's name." (Zevachim 115b) Rashi, as well, comments on this pasuk:

When Hashem judges the righteous he is feared, elevated and praised. If this is so with these, then even more so with the wicked! Similarly, it says: "You are awesome, O G-d, from your Sanctuaries (mikdashecha)" (Tehillim 68:36) – Don't read "Your Sanctuaries," but instead "Your sanctified (mekudashecha)."

Indeed, it makes sense that respect for Hashem and recognition of His existence arises from the reward that is given to the righteous and the punishment that is given for sins and crimes. Through both of these it is possible to know that there is a Leader to Creation; that there is a Judge and there is judgment. This is the main sanctification of His blessed Name. A person chooses on his own whether he will sanctify Hashem's name in a positive way – through reward for good deeds, or in a negative way – through punishment for defying the word of Hashem.

The Maharal explains this idea in his commentary to the Mishna in Avot (6:10): "Everything that Hashem created in his world, He created only for His glory, as it says: 'Everyone who is called by My name and whom I have created, for My glory, whom I have fashioned even perfected,' (Yeshaya 43:7) and it says: 'Hashem shall reign for all eternity!' (Shemot 15:18)" The Maharal comments on this Mishna and its conclusion with the pasuk, "Hashem shall reign for all eternity!":

Glory is through rulership, for he governs over them against [man's] will and controls him. If man is righteous, [G-d] is his King when He rewards him. If he is not righteous, then He is his King when He exacts from him. For when Hashem performs revenge upon those who disobey His will, His name will also grow and become sanctified. Just that He, the goodly One, wishes that man will do good. Yet, the glory that Hashem, blessed be He, has from the creatures is not dependant at all upon man. It is simply [from the fact] that Hashem, blessed be He, created the creations and He rules over them, and this is the glory of His reign, as mentioned in the pasuk, "Hashem shall reign for all eternity!"[2]

Rav Dessler expanded upon this idea in his essay: "His blessed will is fulfilled in any case." He writes:

Hashem, blessed is He, created His world for the purpose of benefiting His creations so they would be worthy of seeing His glory revealed. He gave man the option that he himself will reveal His glory by choosing the good, but even when choosing the bad and apparently concealing the revelation, it is only temporary. In the end, though, His glory will be revealed by this person anyway, as he will be punished for his sins. By these punishments, His blessed glory will be revealed through the truth of His judgment, as was previously explained ... Thus, there are two forms of revelation: a revelation that comes through man himself when he chooses good, and the revelation that is uncovered against his will through [Hashem's] judgment."[3]

1)      Even though Am Yisrael's destruction, Heaven forbid, or their dwelling in exile creates a desecration of Hashem's name among the gentiles, this is not the absolute truth. Indeed, Hashem's punishment of His nation is an aspect of sanctifying His name, as the Maharal and those after him claim. However, the gentiles do not understand this and bring false charges towards Hashem, and in their eyes Hashem's name is desecrated. Moshe and Yechezkel expressed this idea that even the misguided notions of the gentiles can cause a desecration of Hashem's name, because this is how they view it. In truth, though, the gentiles are wrong, as the Maharal explains. In fact, concern for this misguided notion can be found in the Torah itself: "The nations will say..." (Bamidbar 14:15) "Why should Egypt say..." (Shemot 32:12). "Why should the nations say, 'Where now is their G-d?'" (Tehillim 115:2) Are they right? Of course not, yet their misguided speech and thoughts create a desecration of Hashem's name.

2)      Moshe is speaking of a situation in which, Heaven forbid, all of Am Yisrael is destroyed, and Yechezkel is also speaking about a situation in which the vast majority of Am Yisrael is in exile. This situation does, indeed, create a desecration of Hashem's name. The Maharal is speaking about individuals. [Even if they are many – their punishment is not a punishment of the nation]. In this situation, there is no desecration of Hashem's name. On the contrary, when the righteous are not being punished, even though they are relatively few, this emphasizes the sanctification of Hashem's name that is brought about through the punishment of the criminals. Therefore, when there are a few righteous who are punished it says: "I will be sanctified through those who are nearest to Me," but when, Heaven forbid, the entire nation is punished – it is possible to claim that this happened because: "Hashem lacked the ability."

May we be worthy of sanctifying Heavens' name through being rewarded for our good deeds.[4]

[1] The desecration of Hashem's name among the Gentiles that was created by the exile was because the purpose of creation is to sanctify Hashem's name and to honor it. The ideal: "Everyone who is called by My name and whom I have created" (Yeshaya 43:7), and "This people which I fashioned for Myself that they might declare My praise" (43:21), is violated in exile and contradicts the idea: "The whole world is filled with His glory" (6:3), because His chosen nation is humiliated and disgraced.

[4] All the sources that were mentioned previously, as well as additional sources, were expanded on in order to emphasize the idea of 'fluid prophecy.' See "Yonah Nevuah V'Tochecha," pg. 244-245. 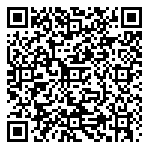