The gemara states (Kidushin 47b):

[If a man says to a woman,] "Become betrothed to me with this shtar chov (document of debt)," or if he had lent money to others and he gave her written authority over it ("harsha'a"), R. Meir says: She is mekudeshet (betrothed), and the Sages say: She is not mekudeshet.The gemara concludes that both of the cases which R. Meir and the Sages argue about involve a loan to others; the first relating to a documented loan and the second relating to an undocumented loan. It proceeds to offer four possible explanations as to the basis of the dispute regarding a documented loan:

1. Their argument is the same dispute as that of of Rebbi and the Sages: whether, in order to sell a document of debt, it is sufficient to hand over the document or if it is also necessary to write a bill of sale.

2. Both agree with the Sages that it is also necessary to write a bill of sale, but they argue here about the law of Rav Papa, that "One who sells a shtar to his friend has to write for him [in the bill of sale,] `Acquire it together with all its obligations.'"

3. Neither holds like Rav Papa, and here they argue about the law of Shmuel, that "One who sells a shtar chov to his friend and then is mochel (cancels) it, it is canceled." Hence, the woman is not secure that she will ultimately benefit from acceptance of the shtar chov.

4. Both accept Shmuel, and here they argue whether the woman is secure that the man will not cancel the loan and abandon her interests for the benefit of others.

Regarding an undocumented loan, the gemara provides a single explanation, that they argue about the law of Rav Huna, who said in the name of Rav: "[If someone says,] You have a maneh (100 zuz) of mine - give it to so-and-so," if all three parties are present ("maamad shlashtan") he acquires it. The Sages maintain that maamad shlashtan was only instituted in cases of deposits, not loans, and R. Meir maintains that there is no difference between a loan and a deposit.

The Ramban proves from this sugya that the sale of shtarot is valid mideoriyta (by Torah law), as he writes (B. Batra 77a s.v. hachi garsinan), "If you were to assume that she acquires it only miderabanan (by Rabbinic decree) - and for this reason it is possible to be cancel the loan (cf. B. Batra 147b) - she would not be fully mekudeshet." In other words, if the sale of documents of debt is valid only miderabanan, how could she be mekudeshet mideoriyta (as implied by the unqualified term "mekudeshet"), by receiving a shtar chov as means of kidushin?

R. Shimon Shkop (Shaarei Yosher 5:9) discusses at length whether a rabbinic kinyan (means of transaction) is valid for issues that are deoriyta. He concludes that the Sages do have the power, based on the principle of hefker beit din hefker (confiscation by the court), to transfer someone's assets to another, and this is valid even for ramifications that are deoriyta. Thus, it was obvious to the Ramban that if the institution of maamad shlashtan applies to loans, the woman would be mekudeshet mideoriyta, and he was not bothered by the fact that a rabbinic kinyan can have impact for a deoriyta issue. The Ramban was troubled only by the fact that the seller of the shtar can still cancel the debt, which indicates that the Sages did not transfer the debt itself to the purchaser with a full kinyan. This would have meant that the mechila of the original lender would no longer have been valid. Rather, if the sale of shtarot is only miderabanan, the Sages simply gave the purchaser authority to collect the debt in place of the lender, but the loan itself does not yet belong to him. As such, a woman who receives a shtar chov as a means of kidushin would not be fully mekudeshet, since she did not actually receive anything. Therefore, the Ramban concluded that the sale of the actual loan itself must be valid by Torah law. Nonetheless, it is still subject to mechila, because the sale applies only to the shibud nechasim (property lien) and not to the shibud haguf (personal obligation), like Rabbeinu Tam (Tosfot B. Batra 76b s.v. kani).

This explanation of the Ramban, however, is very difficult, since the Ramban disagrees with Tosfot, and maintains that even in maamad shlashtan it is possible to be mochel [as we will quote shortly.] Thus, R. Shimon Shkop's explanation would not seem plausible, since his entire answer is based on this distinction, that mechila is valid only regarding the sale of shtarot, and not regarding maamad shlashtan. But the Ramban's own opinion is that there is no difference between the sale of shtarot and maamad shlashtan, and in both mechila is valid, so the question returns: Why did the Ramban find the fact that she is fully mekudeshet when given a document of debt as kidushin more difficult than the fact that she is mekudeshet by maamad shlashtan, even though in both of them there is the possibility of mechila? What is even more astonishing is that R. Shimon Shkop makes no mention of the Ramban's opinion that mechila is valid even in maamad shlashtan.

However, it seems that Ramban's opinion is consistent with his interpretation of the sugya, and R. Shimon's explanation is viable, even though the Ramban himself holds that according to the halacha there is no distinction between the sale of shtarot and maamad shlashtan.

The Ramban (Kidushin 48a s.v. b'milva) disagrees with Tosfot and maintains that mechila is valid even by maamad shlashtan, based on the fact that the Rif never states that by maamad shlashtan (even of a deposit) she is mekudeshet. To refute Tosfot's proof from the sugya in Kidushin, the Ramban writes:

It appears to me that he is, in fact, able to be mochel, and she is not secure, like the Sages [and for this reason she is not mekudeshet]. That which the gemara needs to say that they argue about the law of Rav Huna is according to the earlier answers which say that they [i.e., R. Meir and the Sages] argue about the law of Rebbi or of Rav Papa. But according to the latter answers, certainly both by a documented loan and by an undocumented loan they argue about Shmuel's law.

The Ramban is saying, in other words, that according to the last two answers in the gemara (that by a documented loan they argue about Shmuel's law whether mechila is valid, or whether she is secure), clearly the same dispute would extend to an undocumented loan as well. There is no distinction between the sale of shtarot and maamad shlashtan, and in both of them mechila is valid. The gemara, however, wanted to explain the dispute between R. Meir and the Sages regarding an undocumented loan even according to the first explanations (that the dispute is about the law of Rebbi, whether documents can be sold through handing over alone, or about the law of Rav Papa). These explanations assume that neither R. Meir nor the Sages hold like Shmuel, and mechila is not valid. How will these explanations, which apply only to a documented loan, explain the dispute between R. Meir and the Sages by an undocumented loan? Therefore, the gemara explained that there R. Meir and the Sages argue about the law of Rav Huna, whether maamad shlashtan is valid by a loan as well.

Thus, the gemara's explanation that the Sages must maintain that maamad shlashtan does not apply to a loan, against Rav Huna, does not stand according to the halacha. Since we accept Shmuel that mechila is valid by the sale of shtarot, so too by maamad shlashtan, and we can explain that she is not be mekudeshet according to the Sages since she is not secure. The gemara's explanation that they argue about Rav Huna's law was only necessary according to the first explanations which do not accept Shmuel, and assume that mechila is not valid and the woman would be secure.

Thus, the Ramban makes perfect sense. He asked about the sale of shtarot, which is subject to mechila according to Shmuel, how she could be fully mekudeshet if the sale is only miderabanan. The fact that mechila is valid shows that the transaction is not a complete sale of the debt, just a granting of authority to collect, so that the woman did not receive anything from the man. The gemara's statement that she is mekudeshet by maamad shlashtan according to Rav Huna (even though it is only miderabanan) does not pose a problem, since according to the Ramban that statement assumes that mechila is not valid even in regard to the sale of shtarot. Therefore, it is obvious that she would be mekudeshet mideoriyta in a situation of maamad shlashtan, since according to this opinion there is no mechila and the debt itself is transferred. However, this statement is against the accepted halacha which follows Shmuel. According to the halacha, the Ramban maintains that it is possible to be mochel even by maamad shlashtan (against Tosfot), and therefore the woman would not be mekudeshet since she is insecure. Thus, the Ramban's proof that the sale of shtarot is valid mideoriyta is consistent with his explanation of the sugya, and there is no problem from the continuation of the gemara regarding maamad shlashtan. 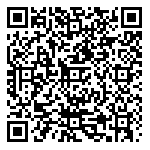