The Gemara in Ketubot (111a) derives from the triple mention of the pasuk, "I have bound you in oath, O daughters of Jerusalem" (Shir Hashirim), that Hashem bound Am Yisrael and the nations of the world with three oaths. The first oath is, "shelo yaalu bachoma," that the Jews should not forcibly, "break through the wall," and enter Eretz Yisrael. The second is that the Jews should not rebel against the nations. The third is that the nations of the world should not oppress Yisrael too much over the course of the exile. According to R. Zera, there are three additional oaths which relate to the ultimate redemption. The Gemara concludes with the threat that if Israel violates these oaths, their flesh will be made free like wild animals in the field, i.e., Hashem would bring upon them great suffering and physical destruction.

The Satmar Rebbe, Rav Yoel Teitelbaum, claims in "Vayoel Moshe" that Hashem brought about the Holocaust because the Zionist movement caused the Jews to violate the "Three Oaths." Since the Jewish people forcefully went to resettle Eretz Yisrael, Hashem brought upon them massive destruction, as the Gemara warns in its conclusion. Rav Shlomo Aviner compiled thirteen answers to this claim, amongst them the following:

1) Rav Teitelbaum's claim rests on the fact that there was a "choma," that the nations of the world prohibited the Jews from settling in the land of Israel. The Avnei Nezer writes that this oath does not apply when the nations give Yisrael permission to return. Following the Balfour Declaration and the San Remo Conference, in which the nations of the world determined that the Jewish people have a right to settle the land of Israel, the oaths do not apply. The Midrash hints to this idea, that if Bnei Yisrael have permission to enter the land they do not violate the oaths.

2) Another answer is that once there is a sign from Hashem to return to the land, the oaths no longer apply. In addition to the permission given by the nations, the national reawakening and birth of modern Zionism can be viewed as a sign from Hashem that it is permissible to return to the land. The oaths were not an "issur" (absolute prohibition), but rather national tendencies that Hashem instilled within Klal Yisrael which would cause them to remain unmotivated to return to their land. Also, throughout most of the exile, it was very difficult physically for Jews to return to Eretz Yisrael. Once a wide scale movement with an objective to return to Eretz Yisrael began, and it was physically possible to begin Aliya to Eretz Yisrael, it became clear that the oath was no longer in effect.

3) The Gemara in Sanhedrin (98a) says that when Eretz Yisrael gives forth fruit abundantly, it is a sure sign that the redemption is coming. Eretz Yisrael, in the time of the Zionist movement, began blooming and giving forth fruits unlike any previous time since the destruction of the land. This sign of redemption showed that the oath was no longer in effect.

4) According to some opinions, the only way to violate the oath would be if people came to Eretz Yisrael in very large groups. Since the Jews entered the land slowly, and over the course of many years, they did not violate the oath.

5) The author of the "Hafla'ah" maintains that the oaths only apply to those who are in the exile of Bavel, and not in other lands.

6) R' Chaim Vital explains that the oath only applied for 1000 years, not longer.

7) The Gra writes that the oath applies only to building the Beit Hamikdash, not to entering Eretz Yisrael.

8) Elsewhere in the Gemara there are other, conflicting, sources. Furthermore, the Gemara regarding the "Three Oaths" is aggada, and we do not decide halacha based on aggada.

Based on all of these explanations, there is ample basis to say that the movement to return to Eretz Yisrael was a positive, not a negative, one. In fact, others maintain just the opposite, that the Holocaust was because Jews became entrenched in galut and did not return to Eretz Yisrael. Since we are not living in a generation of prophecy, it is very difficult for us to determine exactly why Hashem brings specific punishments to the world. However, the Gemara does teach us that when we are afflicted with punishment, we should look into our actions, and try to fix our bad deeds. By looking at the Akeida, we may gain some insight regarding the Holocaust.

One of the most famous tests of Avraham was Akeidat Yitzchak. We constantly mention the Akeida in our prayers, and we still reap the benefits of this test. The question is asked, what is so special about this test? Avraham did not even do any great action of sacrifice, because in the end he did not slaughter his son. There were many other tests which Avraham actually fulfilled which are not so commonly mentioned!

Furthermore, Rav Dessler questions the very concept of "zechut Avot" (merit of the Patriarchs). If two criminals violated the same law, one coming from a dysfunctional family and one from a normal background, logic dictates that the one from a normal background should be punished more severely. When we come to Hashem and tell Him that we are descendants of Avraham, Yitzchak and Yaakov, this should work against us! Why is there zechut? In fact, Rabbeinu Bachya says that sometimes it is best not to mention zechut avot. After the sin of the spies, Moshe pleaded to Hashem and did not mention that Hashem is "notzer chesed la'alafim," that He rewards for good deeds for generations to come. Moshe did not want Hashem to say, "If Bnei Yisrael came from such great people, why did they sin?"

Perhaps this insight can explain why we ask Hashem to remember the Akeida, as opposed to other tests of Avraham. Many times Am Yisrael does not live up to the other tests which Avraham was tested with. Through our entire history, however, Am Yisrael lived up to the test of the Akeida, and on many occasions Jews were willing to die "al kiddush Hashem" (in sanctification of G-d's name).

The Torah introduces the story of the Akeida with the phrase, "It happened after these things." (Bereishit 22:1) The parsha directly before the Akeida is the story in which Avraham makes a peace-covenant with Avimelech. The Rashbam explains that Avraham was tested with the Akeida because he did not have a sufficiently strong connection with Eretz Yisrael, and was willing to make a pact with Avimelech, thereby forfeiting some of his right to the land. The Tanna D'vei Eliyahu writes that any nation which has a serious conflict with Yisrael, does so only because of the pact which Avraham signed with Avimelech. Hashem always had a two-part covenant with Yisrael: descendants and Eretz Yisrael. Because Avraham was willing to give part of Eretz Yisrael, Hashem said, "I will take the other half of the pact -- your son."

Although we are not prophets, and we cannot determine which punishments correspond to which sins, we must try to learn lessons from events which happen in this world. Today it is clear that our bond to Eretz Yisrael still needs strengthening. If we pray and strengthen our connection to Eretz Yisrael, there will be an end to all of the Akeidot. 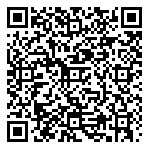 R. Avi Chermon based on a Sicha given on 10 Tevet - Yom Hakaddis