Where's Moshe in the Haggadah?!

The Haggadah is the story of yetziat mitzrayim (the exodus from Egypt). In a normal story that is told about a nation's becoming free, the story focuses around a main character or leader and what he did to set them free. That someone for Klal Yisrael was Moshe Rabbeinu. But, interestingly, when you look at the story as the Haggadah tells it, Moshe is only mentioned one time, in the pasuk, "Israel saw the great hand that Hashem inflicted upon Egypt; ... and they had faith in Hashem and in Moshe, His servant." (Shemot 14:31) Even in this pasuk, he is only brought down incidentally!

There are a number of questions that can be raised regarding the Haggadah:1) What is the reason that the Haggadah does not mention what Moshe did?2) The Haggadah is built around verses in Parshat Bikkurim, even though the main story of yetziat mitzrayim is in Shemot. Why does the Haggadah go to Parshat Bikkurim, where the story is written much more briefly and is told over second hand, as opposed to Shemot, where the story is longer, more detailed and told over first hand?3) The Haggadah also uses verses from the end of Yehoshua, where he retells the story of yetziat mitzrayim. Yehoshua tells it over in six verses (24:2-7), but the Haggadah only quotes the first three, and, significantly, the verse that the Haggadah stops at is the verse that mentions Moshe. Why is this?

The Vilna Gaon gives the following answer. From the fact that the Haggadah stops at the verse in Yehoshua that mentions Moshe, we know that the compiler of the Haggadah specifically did not mention Moshe, because if he mentioned him once he would have to keep on mentioning him all over. The story would then revolve around Moshe; people will think that Moshe did all these things by himself, and they will not realize that it was all Yad Hashem that really saved them. Even if the Haggadah would have only mentioned Moshe a little, people would still have thought that Moshe was a partner with G-d. Therefore, the only time that is does mention Moshe is where it says, "they had faith in Hashem and in Moshe, His servant," emphasizing that everything that happened was from Hashem and that Moshe was only His servant.

We see from this verse the essence of Moshe -- he was only a servant; he was only able to do what Hashem commanded him. We see a hint to this from the way that the Nevi'im begins and ends. The first verse in Yehoshua is, "It happened after the death of Moshe, servant of Hashem," and the third to last verse in Malachi (3:22) says, "Remember the Torah of Moshe, My servant." We now see why the Haggadah stops in Yehoshua at the verse saying, "I sent Moshe and Aharon." We don't find the word "servant" there at all, and therefore the Haggadah does not bring it, as we explained before.

This is also why the Haggadah went to Parshat Bikkurim, because in that parsha Moshe is not mentioned at all, and there is no fear that people will make a mistake as to who really saved us. Even the Rambam, who writes (Hil. Chametz U'matzah 7:2) that a person must tell over the story of yetziat mitzrayim and mentions "the miracles that were done for us by Moshe Rabbeinu," in the Rambam's own Haggadah, not only do we find that Moshe is not mentioned more times, he is actually not mentioned at all! The Rambam does not even quote that one verse which only brings Moshe down incidentally. The only explanation for this is, as we said before, that he was afraid that we would get mixed up as to who was the real savior of our people. Therefore, in his Haggadah, Moshe is not mentioned at all. This way we would understand that it was Hashem, and Hashem alone, who saved us.

In conclusion, on Pesach, more than any other chag, there is a mitzvah of chinuch. A person must instill in the hearts of his children the love of Hashem and the emunah that it was Yad Hashem that freed us. It is for this very reason that the Haggadah goes out of its way not to mention Moshe in any official context except for that of a "servant." The Haggadah did not want the children to get mixed up and think that it was Moshe who saved us, but that we should know and believe with all our heart and soul that it was all Yad Hashem. 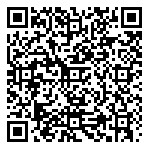