Towards the end of Maggid we recite an interesting Mishna (Pesachim 116a):

Rabbi Yaakov Etlinger (Aruch La'ner) says that Tosfot (Pesachim 116a s.v. "va'amartem") seems to imply like this second way of understanding. How? Tosfot derives this law in the following manner: It says about eating the Pesach, "va'amartem zevach pesach" -- "You shall say: It is a pesach feast-offering" (Shemot 12:27), that you must say the reason for eating it. Tosfot then makes a hekesh (textual comparison) from pesach to matzah and maror based on the pasuk of, "tzli aish u'matzot al merorim yochluhu" (12:8), that the pesach must be eaten with the matzah and maror. This hekesh teaches the halachot of how to eat them, and since it says "va'amartem" by the eating of the korban pesach, this also applies to the eating of matzah and maror. If you were to say that Tosfot holds that we are dealing with the mitzvah of sipur yetziat mitzrayim, this hekesh would not be relevant, since it deals with the laws of eating. Therefore, since Tosfot does make this hekesh, it must mean that he holds we are dealing with the mitzvah of eating. According to Tosfot, Rabban Gamliel is telling us that in order to fulfill the mitzvah of eating pesach, matzah and maror, you must understand why you are eating them.

The Malbim, however, follows the first way of thinking, that the Mishna refers to the mitzvah of sipur yetziat mitzrayim. He derives this law from the pasuk, "v'higadta l'vincha ... ba'avur zeh" -- "You shall tell your son ...: It is because of this." (12:8). The word "ba'avur" implies that you have to say the reason, and "zeh" is that you have to mention the object (as the Mishna of Rabban Gamliel continues, "Pesach zeh ... Maror zo ... Matzah zo...). This obligation is written in the pasuk of "v'higadta," which is the pasuk that tells us of the mitzvah of sipur yetziat mitzrayim.

According to the Malbim, Rabban Gamliel is teaching us the following: We all know that the mitzvah of sipur yetziat mitzrayim has no set maximum, as it says, "V'chol hamarbeh l'saper biyztiat mitzrayim harei zeh meshubach" -- "Whoever continues to tell of the exodus from Egypt is praiseworthy," but what is the minimum shiur? This is what Rabban Gamliel is teaching us according to the Malbim, that the minimum obligation is saying and understanding these three things. Maror represents the galut (exile); matzah represents the ge'ulah (redemption); and pesach represents makkat b'chorot (the plague of the first-born) and the hatzalah (salvation). If you don't say these three things, you did not fulfill the mitzvah of sipur yetziat mitzrayim.

This explanation of the Malbim helps us understand another question. The first Mishna in Pe'ah lists many things that have no set amount, yet it does not list sipur yetziat mitzrayim. Why? The answer is that the Mishna lists things that have no minimum or maximum shiur from the Torah, but, as we learned from the Malbim, sipur yetziat mitzrayim has a minimum shiur from the Torah: saying and understanding these three things! 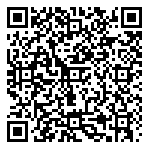