The Fast of the Firstborn

The Shulchan Aruch (O.C. 480:1) says that on Erev Pesach a "bechor" (first born male) should fast. The Mishna Berurah (480:1) says that the reason for this is, "in remembrance of the miracle that they (the firstborns) were saved from death during Makat Bechorot. Many questions are raised about this halacha:

1) The miracle of the bechorim being saved occurred on the actual night of the Seder, not on the 14th. Why, then, do we fast on the 14th?2) The decree against the Egyptian bechorim did not differentiate between firstborn from the mother or father, or whether the bechor was male or female? Why, then, does the Rama (ibid.) rule that only the firstborn males fast?3) Why is the fast not put upon the oldest in the household in cases where there is not a bechor, like the decree of the firstborns?4) The biggest wonder is, if the fasting is a means of atonement or an expession of appreciation for the bechorim who were destined to be killed in the plague, then in theory only the offspring of those bechorim should fast. What does it make a difference if someone is a bechor nowadays? Should they have to fast for something that was done to other bechorim, long ago?

Rav Shlomo Zalman Auerbach zt"l classifies the fast of the bechorim differently. Until the sin of the golden calf the service in the Beit Hamikdash was reserved for the bechorim. So much so, that at Matan Torah the bechorim were the ones who brought the sacrifices. (See Rashi and Onkelos to Shemot 24:5.) Only after the sin of the golden calf, which was more than a month after Matan Torah, did the Levites go around killing those involved in worshipping the calf. It was then that the service of the Beit Hamikdash was transferred from the bechorim to the Kohanim. This is what the pasuk in Devarim (33:8) means, "Your Tumim and Urim befit the righteous one, whom You tested at Massah and whom You challenged at the waters of Merivah."

The remembrance that we do on Pesach starts with the miracle that Hashem passed over the houses of the Jews and killed the Egyptians on the night of the Seder. Through this the bechorim became "holy" as the pasuk in Bamidbar (3:13) says, " For every firstborn is Mine: On the day I struck down every firstborn in the land of Egypt, I sanctified every firstborn in Israel for Myself."

Every Erev Pesach, the bechorim go through great pain and sense of loss. There is no other day that the Jews bring as many sacrifices as they did on Erev Pesach, as the Gemara says in Pesachim (64a). This is specifically why the firstborn male of the father fasts. They were supposed to be the ones doing the service on that day, because, originally, they were the ones that became holy and were selected to do the service. However, due to the sin of the golden calf, they were left outside to watch as the Kohanim did the service that was intended for them. 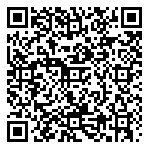