The Assumption of a Jew's Willingness to do a Mitz

The Gemara in Pesachim (4b) proposes the following case: A person rents a house to his friend. The house has a Chazakah (presumption) that it had been checked for Chametz before the rental took place. However, the renter finds out later that the house has not been checked yet (so that now he would have to check it in order not to transgress the sin of having Chametz in one's house on Pesach). Can the renter use this as a reason to cancel the rental? Abaye says that this does not justify canceling the rental, and the renter must keep the house and check it himself. Not only would we make the renter check it himself, but even if he lived in a place where the custom was to pay others to check the house, we would make the renter pay for it. The reason for this halacha is that there is an assumption that people would be happy do a Mitzvah by themselves or even with their money, rather than having someone else do it for them (Nicha Lei Le'inish Leme'avad Mitzvah B'Mamonei). Therefore, the renter cannot use the mistaken presumption as a reason to cancel the rental.

In order to understand this Gemara, a few questions must be asked here. First, what does the Gemara mean when it says that there was a "Chazakah" that the house had been checked; was the renter told explicitly that it was checked or did he just have reason to assume it was checked? Also, how far do we take the assumption that a person would want to do a Mitzvah with his money; would he only want to use his money on condition that he got paid back?

The commentators here deal with these questions, thereby giving us a better understanding of this Gemara. Once this Gemara is understood, it will help explain the assumption (to be known from now on as "Nicha Lei") that a person would prefer to do a Mitzvah himself or with his money, rather than having someone do it for him.

The Ritva here writes that the only question of the Gemara is whether the renter has a right to cancel the rental. However, even if the rental is not canceled and the renter must check the house himself, he will get paid back by the owner of the house (whether it be paying the renter for his time or reimbursing him for the money spent checking the house). This seems to imply that the Ritva holds that a person will want to do a Mitzvah himself, but only if he is paid back in the end.

In order to see if the Ritva is consistent in his opinion, we must look at other Gemarot which deal with Nicha Lei. In Bava Metzia (29b), the Gemara discusses a person who borrows an object from his friend. The Gemara says: A person who borrows a Sefer Torah from his friend should not lend it out to another person. Why must we specify a Sefer Torah? Didn't Resh Lakish already state a general rule that a Shoel (borrower) is not allowed to lend out an object (including a Sefer Torah) that he is currently borrowing? The Gemara answers that even so, we still need the separate statement about Sefer Torah. Why? One might have thought that since there is a general assumption that people would want mitzvot to be done with their money, then lending out someone else's Sefer Torah (to be learned with -- a mitzvah) would be allowed. So the Gemara had to state that even though there is this assumption, a person is still not allowed to lend it out without the owner's permission.

The Ritva here explains exactly why Nicha Lei does not apply here. Since the Sefer Torah might get damaged from use (and that will prevent the owner from learning from it when he gets it back) the owner would not want it to be lent out to someone else, even if he would be doing a Mitzvah with his money (or possessions, in this case). Now, if the Ritva held (as seen in Pesachim) that a person would be willing to do a Mitzvah only to be paid back, then he would not be consistent with his opinion in Bava Metzia. The Ritva should have said that the reason he won't lend it out is because he won't get paid back if the Sefer Torah is damaged in a way that the borrower would be exempt from paying (such as damage done through regular use, which a borrower is exempt for). Instead, the Ritva chose a different reason, saying that the only reason he would not want it to be lent out is because he will not be able to do the Mitzvah of learning with the Sefer Torah if it gets damaged. This seems to imply that in a case where the owner himself would not lose a chance to do a Mitzvah (such as the case in Pesachim), a person would not mind doing a Mitzvah with his money, even if he is not reimbursed later on. However, the Ritva says in Pesachim that a person would do the Mitzvah of checking the house only on condition that he would be paid back?

In order to answer this question, we must look at the way the Ritva establishes the case in Pesachim. One way of understanding the Chazakah that the house was checked is that the case occurred on the fourteenth of Nisan, when there is a presumption that all houses are checked. The Ritva, however, understands that the renter actually stipulated that he wanted the house to be checked, and the owner told him it was checked. That is what made the Chazakah. Since the Ritva holds that the case is where renter was told at the time of the rental that it was checked, and it was found out later not to be checked, normally the renter would be able to cancel the rental. However, since we have this concept of Nicha Lei, it is taken a "step down," and instead of canceling the rental, we will make the renter check it himself as long as the owner reimburses him later on. However, in a regular case, such as the one in Bava Metzia (where there was no stipulation that the owner did not want his Sefer Torah to be lent out), there is an assumption that a person would be willing to do a Mitzvah with his own money, even if he will not be paid back. Once the Ritva establishes that we do say Nicha Lei in the case of a Sefer Torah, he brings a different reason (not connected to Nicha Lei) for why the owner would not want his Sefer Torah to be lent out.

The Rambam (Hilchot Chametz 2:18) brings down the case of the Gemara in Pesachim and says that even in a place where the custom is to pay someone to have the house checked, the renter still must do it himself, since it is a Mitzvah to check one's house. There is no mention here of the renter being paid back by the owner. However, when bringing down the case in Bava Metzia the Rambam says (Hilchot Sechirut 1:4) that a person would not want his Sefer Torah to be lent out because he does not want his object in someone else's hands. Now, if the Rambam held that Nicha Lei applies even if the person will not be paid back, then according to the Rambam, why would he not want his Sefer Torah to be lent out?

The Shulchan Aruch (Orach Chaim 437:3) brings down the case of the Gemara in Pesachim and rules that the renter cannot cancel the rental, because we assume that he would rather do a Mitzvah by himself, even if it will cost him money. There is no mention of the renter getting paid back. However, the Rama adds that the owner has to return to him the money he paid in order to have the house checked, since the owner specified at the time of the rental that the house would be checked. Why does the Rama add this point here? The Rama's opinion is that the only way there can be a Mekach Ta'ut (mistake in the sale, causing the rental or sale to be canceled) is if part of the agreement that was made at the time of the transaction was not fulfilled by one of the parties involved. Therefore, the only way the Gemara would have ever brought up the possibility of a Mekach Ta'ut is if there was a failure by one of the parties to meet one of the requirements that were stated when the rental took place. In our case the only way this could become a Mekach Ta'ut is if the owner actually stated at the time of the rental that the house was checked. That is why the Rama added in this point.

The Chok Yaakov (commentary on the Shulchan Aruch) offers a different understanding of the concept of Nicha Lei. He says that the only time we say Nicha Lei is when the sale already took place (Bedieved). However, it is not an assumption that should be used in a L'chatchila situation. According to this explanation, we can understand why we do not say Nicha Lei for the case in Bava Metzia. Since that case was dealing with lending another person's Sefer Torah out (L'chatchila), Nicha Lei was not said. However, if that case became a Bedieved situation (for instance, the borrower lent out the Sefer Torah already), then Nicha Lei would apply, and we would not make the borrower give back the Sefer Torah. 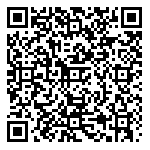