At the time of Yetziat Mitzrayim (the Exodus from Egypt) the Jews did not have a lot of merits in order to be redeemed. Rather, Hashem saved everyone who wanted to be saved, as we see that even those who were saved started complaining straight after Yetziat Mitzrayim and didn't stop complaining during all the time that they were in the desert.

In Sefirat Ha'omer, our work is to try and reachieve the same high levels achieved on Pesach, but now, through our own work and with our own zechut, and to reach Shavuot, the festival of receiving the Torah, on the level of "sons to Hashem." Rav Chaim Shmuelevitz zt"l says in his book, "Sichot Mussar," that not only for the initial Matan Torah must we work on ourselves, but rather everyone who wants to learn Torah should work on his midot (character traits) and Hashem will help him with his learning, and that this is the only way to get to know the Torah.

There are four terms referring to the redemption on Pesach: vehotzeiti (I will take you out); vehitzalti (I will save you); vega'alti (I will redeem you); and velakachti etchem li le'am (I will take you for me as a people). The three first terms fit perfectly with the process of Yetziat Mitzrayim, but the fourth one doesn't seem to refer to the redemption at all!? We should rather explain that the fourth term refers to Shavuot, where, through the giving of the Torah, Hashem took us as His people. Before this, when we had achieved only the level of slaves of Hashem, we were not prepared to receive the Torah, but only to learn it.

What does the fact that Hashem gave us the Torah (Matan Torah), and not only taught it to us, imply? From the moment that Hashem gave us the Torah, our Sages have the power to define what is the correct way to act as long as it doesn't contradict with the Torah, as it says "lo bashamayim hi" (The Torah is not in the heavens), and this can only be by sons, who always look to fulfill the will of Hashem.

There is a custom to learn Pirkei Avot during the six weeks between Pesach and Shavuot, one perek every week, completing the sixth perek on the last Shabbat before Shavuot. The first perek of Pirkei Avot, which speaks about the kabala (receiving) and mesira (transmission) of the Torah, is always learned during the month of Nisan, which is the month of Pesach, where we are still considered slaves, who receive, fulfill and transmit their commands. The second perek, perek ha'avoda (service), is always learned in the month of Iyar, when we are already starting our avoda to reachieve the levels achieved on Pesach with our own work.

The first Mishna in the second perek of Pirkei Avot (that is learned already in the month of Iyar, as mentioned above) hints on this idea when it says: "eizohi derech yeshara sheyavor ba ha'adam?" (What is the correct way that man should choose?) The Mishna didn't simply ask, "What is the correct way?," but rather the Mishna asks, "Of all the 'correct ways' possible which one should man follow?" From here we see that the Torah gave us more than one correct way, and it is up to man (our Sages) to define which one is the best.

We can also see this idea of the passage from the level of slaves to the level of sons in the fact that during Pesach we are not allowed to eat chametz, as opposed to Shavuot when we have to bring a korban (sacrifice) which contains chametz. The matzah could be compared to the slave that doesn't increase his commandments, unlike the son whose nature fits better with the definition of chametz (which expands) in his fulfilling of the commandments.

It says in Devarim (14:1): "Banim atem laHashem Elokeichem" (You are sons to Hashem, your G-d), whereas it also says in Vayikra (25:55): "Ki li Bnei Yisrael avadim" (For Me the Children of Israel are slaves). We see from this two psukim that we are considered sons and slaves to Hashem, meaning that we are also able to do everything that Hashem tells us, even things that are sometimes against our will, and we can also, at the same time, achieve a much higher level by doing deeds even though we were not commanded to do them.

May we merit to really achieve the high level of sons and slaves to Hashem, and with that bring the next redemption, that should come in our days. Amen! 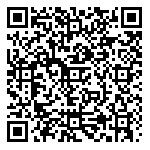