Who are Kings? Rabbis!

"I will place a king over me" ... G-d said: In this world you requested kings, and the kings from Israel caused you to fall by sword. Shaul caused them to fall in Gilboa ... David caused a plague ... Ahab withheld the rain from them ... Tzidkiya destroyed the Temple. When Israel saw what came to them from the kings, they all began screaming: We do not want a king of Israel, we want our first King, "For Hashem is our leader, Hashem is our king" ... G-d said: By your lives I will do so. From where? As it says: "Hashem will be king over the entire world."

The Sfat Emet (Shoftim 5664) writes something fascinating: "The appointment of the king is because without the fear of the government each would swallow his friend."

Thus, the appointment of a king is in order to create awe in the nation in order to uphold social law and order; otherwise each would devour the other. (Avot 3:2) However, this state is not ideal, for if Am Yisrael properly feared Hashem, they would not need a king – "Hashem, G-d, is your King!" (Shmuel I 12:12) They would have awe of Hashem on them, and they would not require the fear of man. However, when fear of Hashem is lacking, there is need to use fear of the king, which is fear of punishment, as it says, "May the fear of Heaven be on you as the fear of man." (Brachot 28b) It is embarrassing that people need to learn fear of Hashem from fear of man.

"Their fear of Me is like rote learning of human commands." (Yeshaya 29:13) Unfortunately, people need to learn the fear of Hashem from the fear of humans. However, the king receives his fear of Hashem from the Torah, as it says: "When he sits on his Throne, he shall write this Mishneh Torah" (Devarim 17:18), which Chazal explain to mean, "Two Torah scrolls, one that remains in his treasure house and one that goes out and comes in with him." (Sanhedrin 21b) The kingdom derives its power from the Torah.

In practice, each and every one of Am Yisrael is fit to receive his fear of Hashem from the Torah like the king. In such a situation we would not need a king, for they would have fear of Hashem and not fear of a human king.

However, when the spiritual situation in Am Yisrael is low, and they don’t have fear of Heaven, they require a king so that they should accept Hashem from the fear of the king. Thus, the ideal situation is that we should learn fear of Hashem from His reign, for in truth, "Your reign is of all the worlds." (Tehillim 145:13) The reason that a human king is called "king," is because through it we reach recognition of G-d's reign, and come to fear of Hashem.

All of Bnei Yisrael are called princes, because each Jewish person needs to have awe of Hashem so that others can learn fear of Hashem from him, as it says, "All the nations of the world will see that the name of Hashem is called upon you, and they will fear you." (Devarim 28:10) Similarly, it says about Avraham, "Fear Hashem, my son, and be king" (Mishlei 24:21) – He reached recognition of the Creator, and the world learned fear of Hashem from him. Therefore, he was called king. Every talmid chacham – through whom people accept G-d's reign – is called king, and therefore it says, "Who are kings? Rabbis." This is because talmidei chachamim have the fear of Hashem on their face, and one who sees them achieves fear of the King of Kings. Thus, talmidei chachamim achieve the title: king.

To achieve this level, the Torah provides guidance. First of all, "turn away from evil." The king is commanded: "He should not have many horses" (17:16), as it says, "[G-d] does not want the might of horses." (Tehillim 147:10) The king should not rely on military might, but rather on Hashem. "He should not have many woman" – he should not be steeped in lust. "He should not have very much silver and gold." "Not to be haughty over his brethren" – he should not come to haughtiness. Then, "do good" – "He should write this double Torah" – one for his treasure house and one that goes in and out with him. This alludes to man's behavior even when he is alone in his house – he should always know that G-d stand over him, as it says, "If man hides in hidden places, will I not see him? "(Yirmiya 23:24) Also, regarding external behavior, as the Rambam writes in Hil. De'ot (5:1): He should be evident in his manner of eating, drinking, business with integrity, that G-d's name should be sanctified through all his ways.

This is the king – who brings to the kingdom of Hashem: "Hashem will be king over the entire world " (Zechariah 14:9) 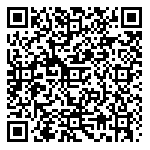