This week's parsha contains the prohibition of following the abominable ways of the heathens: "There shall not be found among you one who causes his son or daughter to pass through the fire, one who practices divination, an astrologer, one who reads omens, or a sorcerer; an animal charmer, one who inquires of Ov or Yidoni, or one who consults the dead." (Devarim 18:10-11) The Torah concludes, "You shall be straightforward with Hashem, your G-d." (18:13) What is the connection between the prohibition and the command to be straightforward?

The Rishonim dispute whether these non-Jewish crafts are false or have truth to them. The Rambam writes (Hil. Avoda Zara 11:16):

These things are all falsehood and deceit. With them the early idol worshippers mislead the peoples of the land in order to be drawn after them. It is not proper for Israel, who are very wise, to be drawn after these inanities, or to consider that they may have some value, as it says, "There is no divination in Yaakov and no sorcery in Israel" ... Anyone who believes in these things ... is among the fools and those who lack knowledge ... All these things that the Torah prohibits are not sciences, but inane nothingness ... Because of this the Torah said, when it warned against all of these inanities, "Be straightforward with Hashem, your G-d."

The Rambam considers all these matters of magic as foolish stupidity. However, many great Rishonim disagreed with the Rambam, among them the Ramban, Ran, Rashba, and Rivash. They maintain that there is an element of truth in these wisdoms. The Ramban writes (Devarim 18:9):

All people desire to know the future, and delve in these arts to know it ... Many are pious about sorcery to say that there is no truth in them at all, for who tells the raven and the crane what will be?! However, we cannot contradict things that are publicly seen, and our Sages also admit to them.

The Ramban maintains that these arts are truthful. Thus, the question is: Why are they "an abomination?" Perhaps this is precisely the Torah's command: "Be straightforward with Hashem, your G-d." Rashi writes: "Walk with him with simplicity, and seek to him, and do not investigate the future. Rather, whatever comes upon you accept with simplicity, and then you will be His nation and share."

Onkeles translates: "Be wholesome in the fear of Hashem, your G‑d." Wholeness in fear of G-d is expressed by not investigating future events, not because they are not true, but because this is a lack of fear of Hashem. What is the explanation of this?

The Sefat Emet writes that Israel are above nature, and therefore they do not have to heed astrological signs. Rather, the course of the Jewish People is determined by their actions. Although it is true that there are occult sciences amongst the non-Jews, which are correct, yet Am Yisrael has the ability, based on their actions, to change their fate! They are not subject to the natural course of events. Thus, the Ramban writes on the mitzvah of, "Be straightforward:"

We should believe that all future events will be to us according to the person's closeness to [Hashem's] service, as He promised, "Do not learn from the way of the nations; do not be frightened by the signs of the heavens, though the nations are frightened by them." (Yirmiya 10:2)

The Gemara in Shabbat (156a) teaches, "The is no fate for Israel." The Gemara relates that Chaldean sorcerers told Rav Nachman b. Yitzchak's mother that her son would be a thief. From the time Rav Nachman b. Yitzchak was born, she was careful to always cover his head, as the Gemara says, "Cover your head to that you will have fear of heaven." One day, R. Nachman sat under a palm tree and his cloak fell off his head. When he saw the fruit of the palm, his desire got the better of him, and he managed to grasp with his teeth a cluster of grapes.

The Chaldeans saw correctly that Rav Nachman had a negative trait, and could turn out a thief, but he had the ability to rise above this. Therefore, his mother always covered his head so that he would have yirat shamayim. This is the power of Bnei Yisrael, that they are above nature. There is no fate for Israel, who are above nature. This is the mitzvah, "Be straightforward with Hashem, your G-d" – your actions will determine your future, and not the astrologers.

This is the worship of the month of Elul: "I am to my Beloved, and my Beloved is to me." (Shir Hashirim 6:3) "I am to my Beloved" – this is the submission of one's nature, that a person should submit himself completely to Hashem. Through this – "My beloved is to me," G­­‑d reveals Himself to Israel; not so with other nations. The Sefat Emet finds and allusion to this in the pasuk, "He made us, and we are (lo) his/nothing." (Tehillim 100:3) The reading is with a vav, "his," while the written form is with an aleph, "nothing." If we submit ourselves as nothing to Hashem, then we are His, and Hashem draws close to us. "Your actions will draw you close and your actions will distance you." (Eduyot 5:7) 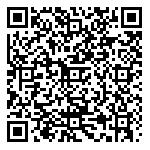