When you will come to the Land that Hashem, your G-d, gives you, and possess it and settle in it, and you will say, "I will set a king over myself." ... You shall surely set over yourself a king. (Devarim 17:14-15)

This instruction to appoint a king over Israel is not simply a concession made to appease the people, but rather it is a positive commandment. The Rambam writes, "Israel were commanded to fulfill three commandments upon entering the Land: to appoint for themselves a king as it is written, `You shall surely set over yourself a king' ..." (Hil. Melachim 1:1) Nevertheless, when the Jews asked Shmuel to appoint a king after they entered the land -- "Appoint for us a king to judge us, like the other nations" (Shmuel I 8:5) -- Shmuel was incensed, and proved to them through miracles that they had sinned in requesting a king.

The Ran, in his Drashot (Drush #11), explains that there are two aspects to the Jewish judicial system. The first is that which is necessary for every society, to have legal rules and norms in order to prevent the eruption of total chaos. The second aspect is that of, "They shall judge the people with RIGHTEOUS judgment." (Devarim 17:18) This concept, unique to Jewish society, tells us that justice extends beyond societal need. Rather, it is to cause "the Divine Influence to dwell on our nation, and to cling to us." "In this way our Holy Torah is unique among the legal codes of the nations, who have no concern with this, only with societal improvement."

As such, the Sanhedrin (Supreme Court) is situated in the Lishkat Hagazit of the Temple, where they are subject to Divine Inspiration, and they are commanded to judge a "righteous" judgment. Many legal requirements, such as warning before the transgression, as well as the court proceedings and rules of testimony, are products of this special aspect of justice. Although the consequences of these laws sometimes make it difficult to carry out the verdict, they are critical to allow the Divine Influence to dwell.

The king is to serve as the counterbalance to this on the practical side, and he is legally allowed to circumvent these laws when necessary in order to correct the ills of society. The king is even permitted to judge and punish without the testimony of witnesses, as "the king has permission to kill and do whatever is necessary to right the world based on the needs of the moment." (Hil. Melachim 3:10)

This was Israel's sin in the time of Shmuel; they requested a king for the wrong reason. Had they desired a king as a military leader, there would not have been any sin to speak of. However, they wanted a king as a judge, "Appoint for us a king to JUDGE us." Their intention was to free themselves from the second aspect of justice, choosing instead to be judged like the other nations, with a societal, not a Divine, legal code.

Rav Shimshon Raphael Hirsch offers an understanding diametrically opposed to that of the Ran. He argues that Israel sinned precisely because their intention was to get someone to fight their wars for them, whereas the Torah does not see this as the primary function of the king. It says: When you will come to the Land that Hashem, your G-d, gives you, and possess it and settle in it, and you will say, "I will set a king over myself." The order of this pasuk clearly shows that the king is not supposed to conquer the Land of Israel and guarantee its inheritance, as a king is to be appointed only after capturing the land.

According to Rav Hirsch, the king's purpose is not develop himself in foreign affairs, such as conquest. Foe the conquest, it is sufficient that the Jewish people serve their role of "Yisrael," and through the force of their ethical behavior they will merit the Land. So the Sifrei expounds on the phrase, "that Hashem, your G-d, gives you" -- "because of your merit." Indeed, the law mandates that the king only be appointed after the Land has been successfully captured and settled.

According to this line of thought, the purpose of a king is to guide and unite the people in internal affairs. The Torah legislates that the king's first formal action upon ascending the throne is to write a Torah scroll. This is to demonstrate that the king is not above Divine justice; rather he is to be guided by its laws. The king exists in order to ensure the fulfillment and perpetuation of the Torah within the Jewish people. As the leader, the king serves as an example to the nation, so that they will follow his actions. Without a king there is no regulation, as is repeated throughout the Book of Shoftim (17:6, 21:25), "In those days there was no king in Israel; a man would do whatever seemed proper in his eyes."

This was Israel's sin, according to Rav Hirsch, as Shmuel admonished the people, "But when you saw that Nachash, king of the Ammonites, came upon you, you said to me, `No, but a king shall reign over us.' But Hashem, your G-d, is your King!" (Shmuel I 12:12) The Jewish people chose a human king as a means of defense against foreign powers, showing that they viewed the role of the Jewish king identical to that of the nations. "There shall be a king over us, and we will be like all the other nations; our king will judge us, and go forth before us and FIGHT our wars." (Shmuel I 8:19-20) They demanded a king equal to the rest of the nations of the world not only in external form, but also in essence.

Based on this distinction of Rav Hirsch, we can understand the difference between the rights of a Jewish king as described in the Torah to those which are outlined by Shmuel. The Jewish king, according to the spirit of the Torah, does not require tremendous physical power or great wealth. Therefore, the Torah forbids the king from accumulating an abundance of silver and gold or horses for his chariots. (Devarim 17:16,17) However, in the time of Shmuel, the nation desired a king like that of the other nations, a king who had the power to lead them to battle successfully. According to their view, Shmuel warned them, "He [the king] will take away your sons and place them in his chariots and cavalry ... He will take a tenth of your sheep, and you will be his slaves." (Shmuel I 8:11,17) Shmuel warned them of the consequences of appointing a king for the wrong reasons. 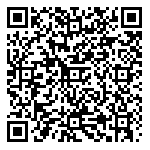