The story of Yitzchak and Rivka's marriage arrangements is striking! After Eliezer finished speaking, the Torah writes: "Then Lavan and Betuel answered and said, 'The matter stemmed from Hashem!... Here Rivka is before you; take her and go.'" (Bereishit 24:50-51) The question arises: Lavan and Betuel were idol worshippers, so where did they suddenly find the faith in Hashem to declare: "The matter stemmed from Hashem?"

In order to understand this, we need to study a little more deeply the signs Eliezer employed to reveal the proper match for Yitzchak: "Let it be that the maiden to whom I shall say, 'Please tip over your jug so I may drink,' and who replies, 'Drink, and I will even water your camels,' her will You have designated for your servant, for Yitzchak." (Bereishit 24:14)

Yet, the Rambam rules: "Anyone who creates omens for himself: 'If such and such should happen to me – I will do so and so; if it will not happen to me – I will not,' like Eliezer the servant of Avraham and anything similar – it is all forbidden ... and he is lashed." (Hil. Avoda Zara 11:14) The Ra'avad disagrees with him and writes: "This is a great error, since this thing is certainly permitted ... How could he attribute to such righteous ones this sin?"

It would appear that the Ra'avad's comment is correct. Whoever studies carefully what Eliezer said will find that he acted appropriately. He did not say: 'If Rivka does such and such, it is an omen that she is the one.' He also did not request a sign that involves "nichush" (omen-giving) without any logic or reason. The Rambam himself explains in the previous Halacha: "It is forbidden to employ nichush like idol worshippers ... What is considered nichush? For example: 'Since my bread fell out of my mouth or my staff fell out of my hand – I will not go to a certain place, and if I shall go my desire will not be fulfilled.'"

These signs are irrational, because there is no connection between the action and the sign, therefore the omen is forbidden. However, Eliezer did not guess at all; he just tested the girl's kindness. She rushed to the well time and again until the camels finished drinking without saying a word in protest, even though there were ten strong men on hand who were observing her actions and not lifting a finger to help. After a sign like this, there is no need for any additional signs, neither of her lineage nor of her beliefs, as her kindness is totally compatible with Avraham's house of good deeds.

The Sforno views Eliezer's words as a prayer. He prayed that this should happen; not that he relied, Heaven forbid, on an omen. When Chazal said: "Any nichush that is not like Eliezer's nichush is not nichush" (Chulin 95b), their intention is that the person says things similar to Eliezer. However, he does not say it in a praying manner, but instead as a superstitious omen, that if such a thing should happen – I will do such and such.

Indeed, it is clear that Eliezer's words are a prayer, as it says: "He said, 'Hashem, G-d of my master ... may You so arrange it for me this day that You do kindness with my master Avraham ... and may I know through her that You have done kindness with my master." (Bereishit 24:12,15) Rashi explains: "This is a manner of supplication – inform me through her." The Siftei Chachamim comments: "Not that through the sign he should know, but instead this is the beginning of a new phrase. He begged of Hashem that He will inform him through [the girl] that He bestowed kindness."

If so, the Rambam's intention is that whoever speaks like Eliezer – just not in praying manner but as an omen – is lashed. Had Eliezer told Lavan and Betuel that he discovered Rivka through nichush or through sorcery, they would have refused to give her to him, because it would seem odd to them. When they heard that he prayed to Hashem, he proved to them that indeed: "The matter stemmed from Hashem!" 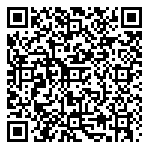