Moshe Rabeinu and the Crowns of Israel

(Written by Yitzchak Brand, based on a shiur given

Following the sin of the Golden Calf, G-d threatened to destroy the Jewish people and build a new nation beginning with Moshe Rabeinu. Moshe pleaded on behalf of Israel, and Hashem consented to Moshe not destroy the nation. However, Hashem told Moshe that the relationship between Bnei Yisrael and Hashem would not be the same as it had been prior to the sin. An angel would accompany Bnei Yisrael on their journey into Eretz Yisrael rather than the Shechina itself, in case the Jews would sin again and Hashem would have to punish them. (Shemot 33:1-3) When Bnei Yisrael heard the decree of Hashem, the reaction was that "no one donned his jewelry." (33:4) In the following pasuk, Hashem commands Moshe to instruct Bnei Yisrael to remove their jewelry, because they are no longer worthy of the direct presence of the Shechina. The Torah continues (33:6) that Bnei Yisrael were stripped of their jewelry ("adi") from Har Sinai. What is the significance of this "jewelry" that it requires such emphasis? Furthermore, what is the connection between the jewelry and the decision by Hashem to remove his personal Presence from among Bnei Yisrael?

Following their removal of the jewelry, the Torah describes the new role played by Moshe as the leader of Bnei Yisrael. Hashem tells Moshe, "I have known you by name." (33:17) What is the meaning of this new relationship, and how does it connect to the earlier psukim?

The Shechina was supposed to be present in every individual of Klal Yisrael. However, after the sin of the Golden Calf, Hashem said, "I shall not ascend among you" (33:3), and decided instead to center the entire presence of the Shechina on Moshe Rabeinu alone. From this point on, in order to connect to the Shechina, Bnei Yisrael would first have to learn from Moshe and become closer to him. R' Tzaddok of Lublin says that throughout history, this role is played by the Gedolim of each generation.

The Gemara in Shabbat (88a) says that Hashem gave crowns to all of Bnei Yisrael at Matan Torah. R' Tzaddok asks the following question: A crown is supposed to connote malchut (royalty), but if everybody has a crown, then in what way is any individual more distinguished than the others? He explains that each and every Jew has a special, personal connection to Hashem that no one else has. This is symbolized by the expression, "There are 600,000 letters in the Torah." This number corresponds to the population of Bnei Yisrael, so that each person has his own "letter" in the Torah, which represents his personal portion in Torah. At Har Sinai every Jew was given a personal portion which caused him to feel elevated over everyone else, and that was the crown he received.

The personal attachment every Jew had with the Shechina was taken away after the sin of the Golden Calf, and this loss was what Bnei Yisrael mourned. Instead of the entire nation, Hashem chose Moshe to be the sole host of the Shechina and the Torah. The numerical value ("gematriya") of "Moshe Rabeinu" is equal to 613, emphasizing the fact that Moshe himself encompassed the entire Torah. Because no one had any independent connection with the Shechina, nobody was able to understand any Torah without learning directly from Moshe Rabeinu. Therefore, when Moshe descended Har Sinai with the second set of Luchot, his face was radiant. His face glowed because he had been infused with the presence of the Shechina. However, once he finished speaking with Bnei Yisrael, we find that he placed a veil on his face (34:33), because the presence of the Shechina was only meant to be felt by Bnei Yisrael to allow them to learn and understand the Torah.

R' Tzaddok uses this idea to explain a statement in the Zohar which states that every Shabbat Moshe replaces the crowns that Bnei Yisrael lost after the sin of the Golden Calf. Shabbat is unique because it is then that people receive presents from Hashem without having to work at all, unlike the other days in the week. With the crowns from Matan Torah, every Jew was given his personal letter as a gift from Hashem, but as a punishment everyone must now struggle to find his portion in the Torah. But on Shabbat we say, "Yismach Moshe b'matnat chelko - Moshe rejoices in giving his portion" -- that he has the privilege to return the crowns that he is currently holding to their rightful owners, Bnei Yisrael.

The Gemara in Shabbat (88a) explains that the pasuk, "Bnei Yisrael were stripped of their jewelry" (33:6), refers to the two crowns from Matan Torah which they lost as a result of the sin of the Golden Calf. The Gemara continues that Moshe Rabeinu took all of the crowns, but they will be returned in the future, as it says in Yeshayahu (35:10), "The redeemed of Hashem will return and come to Zion with glad song, and with eternal happiness on their heads." The happiness that they will feel is from the zechut of every Jew once again having his crowns of malchut -- an individual portion in the Torah, and a personal connection with the Shechina. 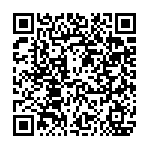