The Song of the Well

R. Avin Halevi says: When Bnei Yisrael rose to say Shirat Hayam, Moshe did not allow them to say it themselves. Rather, as a person's teacher recites his portion with him when he is young, so too Moshe said with them, as it says, "Then Moshe and Bnei Yisrael sang this song."

In other words, at the beginning of the forty years Am Yisrael was in the formative stages of their spiritual development, and required the support of Moshe Rabbeinu. However, at the end of the forty years, after the leadership and nourishment of "the man of G-d," they developed to the extent that they acquired a high level if independent spirituality, so that they were able to sing song by themselves.

In this way we can explain why Moshe Rabbeinu sinned by striking the rock, whereas in Parshat Beshalach Moshe was commanded, "You shall strike the rock and water will come forth from it." (Shemot 17:6) The Yalkut Shimoni comments on this discrepancy:

This is essentially the idea that we explained above. The relationship between Am Yisrael and Moshe Rabbeinu in the beginning of the forty years was that of a child sitting before his teacher. In order for the youngster to give forth water (i.e., Torah) even under coercion, the only way is through "striking." This means not allowing the child to determine his path on his own, but rather the child must be led by his teacher, even if against the judgment of the child. However, when the child grows older and he acquires an independent spiritual standing, the influence of the teacher can come only through joint learning with the student, while the student forges his own path in the footsteps of his teacher. "Teach in front of it one chapter and it will give forth its water." -- It will not give forth by coercion, against its will, but of its own it will give forth its water.

It is possible that this is the meaning of Moshe's sin when he strikes the rock, instead of speaking to it as Hashem commanded. Moshe Rabbeinu still related to Am Yisrael, even at the conclusion of the forty years, as to a youngster in the beginning of his spiritual development: "Listen now, O rebels!" However, Am Yisrael at the end of the forty years is not the same nation that left Egypt, but rather they have undergone forty years of spiritual growth and elevation, as known about the generation of the desert. The song of the well, which is the song of Torah (as evident from the Midrashim and the Ohr Hachaim), comes to emphasize this: "Then Israel sang this song," the song of a student without his teacher. This needs to be the goal and aspiration of every educator -- to set his student up on his own two feet so that he no longer needs his teacher routinely. [We must also bear in mind that it was not the student himself (Am Yisrael) who demanded his honor, for he is not even aware of the problem, but rather it was G-d!] 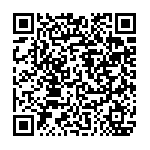