The Completion of the Mishkan and of Creation

Furthermore, Chazal teach (Shabbat 119b) that whoever says "Vayechulu..." becomes a partner with G-d in Creation. How is it possible to become a partner in something that was completed so long ago?

The answer to all of these questions lies in the pasuk that is written at the conclusion of Creation: "Thus the heaven and earth were completed ... which G-d created to do." (Bereishit 2:1-3) The creation was, indeed, finished but the doing - the perfecting, all the finishing touches - depend on us in the lower world. When Tornus Rufus showed wheat and pastry to R. Akiva and asked him whose deeds are greater - Hashem's or men's, R. Akiva answered that although Hashem created the world, it is up to us to perfect it. This is how R. Akiva explained circumcision to him. Hashem creates and we do – we perfect and add the finishing touches. (Tanchuma, Tazria 5) Hashem, indeed, desires a dwelling in the lower regions, but He expects us to build it for him.

This is the reason for the commandment: "They shall make Me a Sanctuary, and I will dwell amongst them." (Shemot 25:8) When Bnei Yisrael built the Mishkan, the purpose of the creation of heaven and earth was fulfilled. This is what the Ramban writes at the conclusion of Shemot, which ends with the Divine Presence in the Mishkan: "The book of redemption is completed in which Hashem, G-d of Israel, appeared to Bnei Yisrael - the nation that is closest to him."

This Mishkan was made by Betzalel, who knew how to join the letters with which the heaven and earth were created. The Midrash points to the parallel between what it says about Betzalel: "I filled him with wisdom, insight, and knowledge" (Shemot 31:3), and what it says about Creation: "Hashem founded the world with wisdom, established the heaven with insight, with his knowledge the depths were split." (Mishlei 3:19) In this way man becomes a partner in Creation, because the creation of heaven and earth is worthless without Presence of the Shechina through Am Yisrael.

This was the great joy of that first day. Indeed, "The first of the creation," belongs with the making of the Mishkan. Even though the making of heaven and earth were already completed, they still had not achieved their purpose until the Mishkan was constructed, thus making Am Yisrael partners in Creation.

There is still something deeper to all this. "Hashem desired" – because of his love for Am Yisrael! As feelings are reciprocal, Hashem also expects us to show our love to Him: "As the deer longs for brooks of water, so my soul longs for You, O G-d." (Tehillim 42:2) "In Your behalf, my heart has said, 'Seek My Presence.' Your Presence, Hashem do I seek." (Tehillim 27:8)

How is it possible to long for G-d who is separate, hidden and distant? It is because in the beginning there was love. "He blew into his nostrils the soul of life." (Bereishit 2:7) Chazal write (see Ramban there): "He who blows, blows of himself." They also write: "This is comparable to a princess who marries a townsman. Whatever he gives her does not satisfy her because she is a princess. Thus, the soul also is also from the upper regions, and this is what is says, "The soul cannot be satisfied." (Kohellet Rabbah 6) A person's soul is a part of the Divine G-d from above.

The world was also closely connected to G-d: "They heard the sound of Hashem G-d manifesting in the garden" (Bereishit 3:8), but after the sin the Shechina departed. Yet, in essence the Shechina still is associated with the world. Therefore, both a person and the world can return to the source and reconnect, and the pasuk: "I will place My Sanctuary in your midst ... I will walk amongst you" (Vayikra 26:11-12) will be fulfilled again.

When the longing of the Creation grows to the point that they build a Mishkan, then Hashem's desire will be fulfilled. "Thus the heaven and earth were completed" – "Moshe completed the work" – then, "The glory of Hashem filled the Mishkan."

We say in Adon Olam: "Master of the universe, who reigned before any form was created; at the time when His will brought all into being – then as 'King' was his name proclaimed. When all will end, He, alone, will rule Awesome."

We have here three stages:

1.      Master of the universe, who reigned before any form was created.

2.      When His will was fulfilled, then He was proclaimed as 'King' by the creation.

Rav Kook zt"l explains that "V'acharei kichlot hakol" does not mean "When all will end" - that everything will cease. Rather, it means that the souls of all the creation will long greatly for G-d, as it says, "Kalta nafshi – My soul longed for the courtyards of G-d." (Tehillim 84:3) "My flesh and heart long ... for the Eternal G-d." (73:26) This, indeed, is the perfection of heaven and earth. At the beginning Hashem reigned alone, and at the end the souls of all of the creation will long to become closer to G-d. This is the highest level and the purpose of creation, when the lower world will accept the yoke of His Reign willingly. Therefore, through the construction of the Mishkan, the Shechina returned through our actions and our desire for Hashem's nearness, thereby fulfilling the purpose of creation. 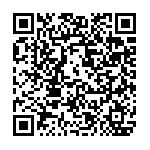